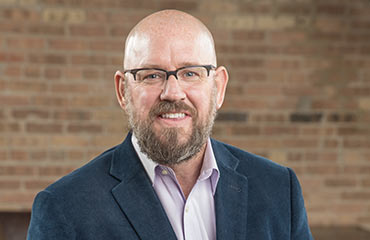 Paul is familiar to many in the Chicago region for his role as a television weather anchor for Chicago’s top rated morning program, WGN Morning News. He is a a nine-time Emmy Award winner. Connect with Paul on social media for insightful and humorous posts when he’s not on air.

Paul Konrad is a nine-time Emmy Award winning television weather anchor for Chicago’s top-rated WGN Morning News. For the last 22 years, Paul has led the WGN Morning News to become the most watched television newscast in Chicago. He was named “Chicago’s Best Weather Forecaster” and received the highly respected Illinois Silver Dome Award. Paul has engineered a social media engagement strategy that regularly reaches up to 3 million people a week making him one of Chicago’s most influential media voices. Paul is a graduate of DePaul University and holds his Master’s Degree from Northwestern University. Prior to WGN-TV, Paul worked with ABC News in Tampa, Florida, the CBS News affiliate in Montgomery, Alabama and Chicagoland Television News.