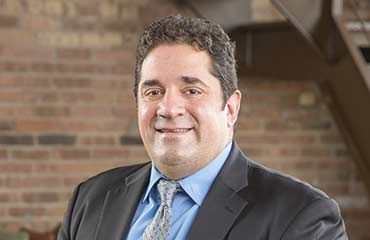 Michael has been a practicing attorney since 1998 representing clients with a wide array of legal needs. In addition to his legal practice, Michael owns two small businesses in Aurora, O’Malley’s Pub & Eatery and Spartan House.

A practicing licensed attorney by profession since 1998, Michael brings his knowledge of contract law and business expertise to the team. He is well versed in working with the city of Aurora including working closely with the city in developing the well-received and successful Spartan House on the west side of Aurora. Michael currently owns and/or manages four commercial buildings and over 40 residential units in Aurora and is developing a mixed use building in Aurora’s downtown area. He is well suited to be a part of a development team that will repurpose the abandoned hospital campus into multiple, in demand uses.